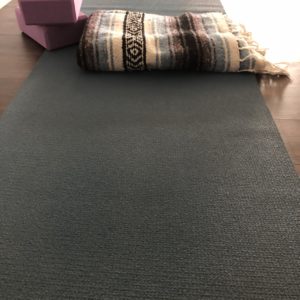 Why Bother Finding a New Community?

After practicing with a particular yoga community for four years, pesky circumstances left me without them. Without my familiar companions I fell into disappointment and tried to convince myself that I’d be fine alone. Yet, I knew I was wrong.

The Truth About Community

The truth is that there is so much more to yoga than just going through a routine of poses. There is camaraderie and a pulse of warmth generated by a roomful of yogis moving in unity, something you don’t get when you are by yourself. So I pulled myself out of my funk and disengaged from the force field of procrastination to look for some new companions.

I’d heard good things about a fairly new studio that had opened in town, but I did not know anyone there. It is always nicer to try something new with someone rather than alone.  Attending a yoga class as a newcomer is intimidating. Stepping into the unfamiliar space of a new studio can be a little frightening and following a different yoga teacher can be awkward. But I had no one to aid me with this new venture. So I took a leap and registered for one of the classes they offered on a Saturday morning.

After talking myself into registering for the class I had to refuse to talk myself out of attending it. Saturdays are my busiest days of the week, catching up on all the domestic chores left undone Monday through Friday. But, I crossed over that invisible line that divides one from simply saying something to actually doing it and I went.

Climbing the long flight of stairs to the studio located on the second floor of an old brick building, I noticed the air getting warmer and sweeter with each step. Opening the door to the studio I immediately felt the heat and smelled the lavender emanating from the room.

Crossing the threshold I noticed the whitewashed walls and two banks of windows allowing the early morning winter light to flood the spacious room. The floor was void of any mats. I was the first one there.

The teacher introduced herself and gave me a quick tour. Then as the other students came through the door, they unrolled their mats out onto the floor in what I suspected was “their space.” Just like regular church attenders with their particular pew, yogis have their particular spaces on the floor.

I unrolled my mat onto a piece of unclaimed space and sat in the warmth and light of the room. The friendly chatter from the company of people floated around me and I smiled in anticipation of the movements to come.

For the next hour I followed the instructor’s voice as she talked us through a series of familiar poses; tadasana, forward fold, downward dog, plank, chaturanga, warrior two, reverse warrior, goddess and then through it all again and again. Every time I stood up sweeping my arms overhead making the large arc to begin the sequence again, I knew by glancing around at everyone else that I was in sync with a company of yogis. I didn’t know a soul there, yet my soul connected with everyone.

Why bother to find a new community? It is worth it to search for camaraderie. When you find it, it generates a warm pulse and you get the sense you belong. Something one does not get when one is solo.