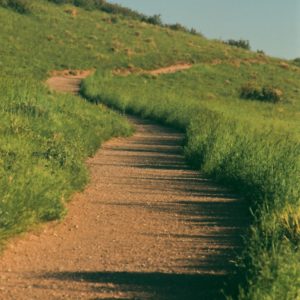 Why Bother With True Grit?

I admire the character Mattie, in the book and the movie, True Grit. When her father is murdered, she sets out to avenge his death. First she hires a gunman, Rooster Cogburn. Then, a Texan Ranger, LaBoeuf, also offers his services in the hunt for Chaney, the murder. Cogburn and LaBoeuf do not expect Mattie, who is only fourteen, to go along with them as they head out on their horses, but she will not be left behind. Although Mattie has no idea of the dangers awaiting her on this journey, she mounts her horse with more grit than either Cogburn or LaBoeuf.

The story takes place in 1870, when women were generally recognized as more tender than tough, and whose role mainly involved running a house on a homestead, not using a gun to revenge a murder. But Mattie was determined to do what she believed she needed to do, in spite of the opinions of others. Mattie’s greatest virtue was her grit, or the resolution of follow through. She butted up against attitudes of patronizing men, the raw hatred of outlaws and near death experiences. Yet, she did not back down. By the time her journey ended, Chaney was dead and she was still alive.

Though I have never needed to avenge anyone’s death and women are no longer viewed within the narrow confines of the 1800s, grit is still a necessary virtue in anyone’s life. People still make commitments and our pledges, either to ourselves or to another, will be tested. If we do not believe in what we are doing, or if we do not trust our decision, we will not have the staunchness it takes to complete what we have begun. Self doubt is worse than the meanest gunslinger.

Mattie’s success did not depend entirely on her talents. She could not shoot straight, and riding a horse did not come naturally. The only thing she had going for her was her passion for the mission. She knew, beyond a shadow of a doubt, that it was her job, and no one else’s, to avenge her father’s death. Knowing this truth about herself, gave her the dauntlessness she needed for her success. Understanding what she had to do gave her focused confidence and supplied the fearlessness she needed to keep going even when circumstances loomed against her. In her quest, Mattie faced the naysayers; outlaws and condescending men. She also stared down the dangers found in nature. And she won.

Why bother with true grit? It is worth finding our true grit so that we can face our naysayers, whoever they might be and move out on our journey with resolve like Mattie’s.