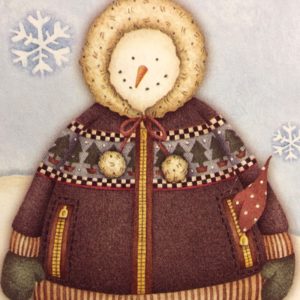 Why Bother With Contentment?

Way back in 1965, the Rolling Stones composed a song called, “I Can’t Get No Satisfaction.” I didn’t pay much attention to this band or their music until the 1970s when I was in high school. By then I could drive my mom’s Super Beetle. She would hand me the keys, the grocery list and a blank check and send me off to do the grocery shopping.

Driving while blasting music on the radio felt like my great escape from the discomforts brought on by adolescence. Though the song had more lyrics than I could understand, “I can’t get no satisfaction,” were the only words comprehensible to my ears. But they were all I needed at the time. Mick Jagger made millions of dollars singing that song, while I, on the other hand, did not. But this little scenario proves an important point.  Those in the marketplace know how to make millions from those of us who can’t seem to get any satisfaction.

What Can We Gain From Contentment?

Being a teen, was by far, a most dissatisfying season of my life. I was restless to be somewhere other than I was, and blamed everyone else for my discomfort. Anger accompanied my feelings of powerlessness and lack of confidence. But I wasn’t a clueless teenager. I did take note of others who showed a peace of mind, confidence and a sense of humor. I wondered about their happiness and felt a tinge of envy.

Somewhere toward the end of adolescence and on the cusp of turning into an adult, I began aiming my thoughts toward getting some satisfaction. I steered my thinking away from the unrealistic ideas of becoming a cute and thin model like Twiggy, or a groovy, organic and earthy woman like one of my sisters. Instead I began making realistic choices to pull me up and out of the ruts I’d created with such unrealistic thoughts.

Nothing changed instantly or overnight, but as I directed my thinking toward being content with who I was, and noted my unique talents and abilities, discontentment became something in my rearview mirror. I began taking on a different shape, more like one of those people I’d once envied.

Contentment is an attitude that starts out small, but like any other thought, when it is nurtured, it grows. As we consider the idea of being content, we also experience how it can make us feel—good. With some practice, it can become a regular habit.

Why bother with contentment? Though we may think we can’t get no satisfaction, though we may try and try, maybe if we tune into a different channel and sing a different tune, we just might find we have what we need.