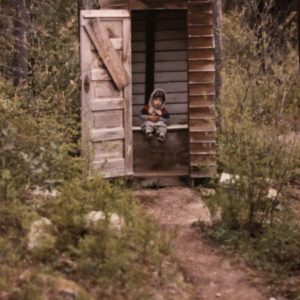 Why Bother to Note The Discrepancies?

When Jacob, our first son was born, my husband and I were younger than when our last child came along, eight years later. But there were other variations in parenting our sons than just that we grew older. With Jacob, we lived off the grid and in the woods. Not so with the other two. By then we lived in town with all the conveniences and diversions.

I can’t say that these disparities in our parenting created inequalities between Jacob and his brothers, or even if they had any profound and lasting effects on them. I just know that from the same set of parents variances will exist among the siblings. But perhaps that has more to do with the parents than with the order in which children are born.

To begin with, only the first born child gets first time parents, that is to say, the parents who are new to the job and nervous as all hell. My doc noted my slightly elevated blood pressure with each of my prenatal visits. But with great wisdom and understanding he simply reassured me that every mother starts motherhood as a first time mom. It’s a wonder that first born children survive their first time parents.

Even before Jacob was born though, I knew I wanted to nurse him like all the other groovy and organic moms I admired. But I had my share of troubles when I tried. Then, talking with a friend about my dilemma, she recommended I drink a half a glass of beer before nursing to help me relax just a smidgen. Magically, it worked. My milk went from a trickle to a geyser.

Unfortunately, I didn’t need that half a glass of beer with my other two. By then I could vacuum the living room, stir a pot of soup and talk on the phone while nursing a baby.

When Jacob was our one and only child, I was a fully devoted stay at home mom, and motherhood was my career. On most days, he got most of my undivided attention and I savored those hours we gazed into one another’s eyes. He’d mimic my cooing or did I imitate his? Either way, he held my attention for great lengths of time with his blue eyes.

When Samuel and then later Jordan came along, my career was no longer zeroed in on motherhood. My time for sitting and gazing into their (were they blue or green) eyes, became abbreviated glances. Life had somehow gotten busier, pulling me in more than one direction.

When it was time to potty train Jacob, he went from a potty chair to the outhouse. But he showed no fear. He’d amble out the door, cross the driveway and climb up to do his business. A skill that perhaps built a unique character trait in him.

His brothers, on the other hand, aimed and fired at Cheerios that I plopped into the toilet bowl. This also required a special skill; one of aiming with accuracy which made them unique from their first born brother.

Neither  Samuel nor Jordan grew up in the glow of soft kerosene lamps. They did not learn to crawl across a braided rug or hear the crackle from a fire in a wood burning stove. And they missed out on viewing the woods from the seat of an outhouse. But neither did the second and last born get the first time version of their mother. Only the first born gets that particular rendition.

Why bother to point out the discrepancies with offspring? It is worth noting that parents do not and cannot remain the same for each one, it’s that we remain for all of them that matters most.