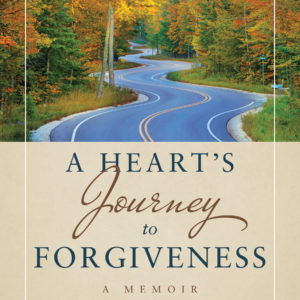 Why Bother Telling Your Story?

I was not the only child in my family who experienced the trauma of my father’s suicide, but I am the only one who chose to write it down in the form of a book. I had to. The story would not leave me alone until I gave it the attention it wanted.

A Life of Their Own

I belong to a writer’s group and most of the other members write fictional stories. When we come together for our monthly meeting, I am always eager to hear how the characters in their narratives are developing. I am amazed by these “people” created by my fellow writers. Though their characters have real names and personalities, I will never meet them on the street. I will only “know” them through the story in which they appear.

Occasionally, one of my writer friends will tell us how bossy one of their characters has become. “They’ve taken on a life all their own,” is how they will express this phenomenon.

That is how I felt about my story. The memory of my father would not leave me alone. It was inescapable. It vied for my attention, begging me to not forget, and pleading with me to take it seriously.  When I finally committed myself to the task of allowing it to have its say, I was surprised. The words came quickly, the emotions that were tied to the event stayed mute.

Along with some coaching from more than one editor, and great patience and effort on my part, those dormant feelings were resuscitated and brought forth. Facts and truth are only part of one’s story, while the human factor, agony, pain and grief complete and compliments the narrative.

Now that I have written the story the story is no longer vying for my attention.

Though writing the story was cathartic, that was not my goal. Purging my memory and freeing myself from the jumbled thoughts of my childhood was just one of the blessings. The driving force behind writing down this particular narrative was to make sense of what appeared at first, to be a senseless time in my life. Writing it down brought meaning, understanding and a message I could share with others.

Why bother telling your story? Our lives are made up of many stories waiting to be told. Telling one may be just what someone needs to hear.

P.S. My book can be preordered from Redemption Press at redemptionpress.com