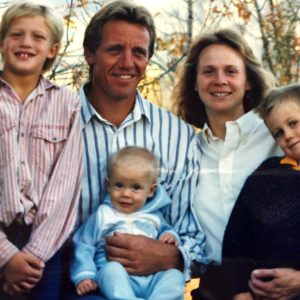 Recently, a young married couple I know had their first baby. Labor and delivery went well, but naming the baby was a little more difficult. Since they are both public school teachers, they did not want any “bad” history attached to the name they chose.

Names Come With A Reputation

Names and reputation are intertwined. We associate people by their names and attach certain character traits to them as well. For instance, I’ve never met a “bad” Debbie. As a matter of fact, I have three friends with that name and all three of them have very kind personalities. I also associate kindheartedness to the name of Grace based on the character qualities of two former students.

But, I was not a teacher when we named our own children. My husband and I chose names for our sons based on other people we knew who lived upright and respectful lives or from names that held a special meaning. For instance, our first born, Jacob, was named after a grandfather on my husband’s side. This man was remembered as one who possessed faith, fortitude, grit and endurance. Our second born son was named after a biblical character. Though I already had one son, I prayed for another one and when he was born, I named him Samuel which means, “asked of God.” Our last born son came during the season of basketball playoffs. One of the most outstanding players at the time was Michael Jordan and Jordan seemed like a most appropriate name for our last born.

My parents named each of their seven children after a saint. I was named after Saint Therese, “The Little Flower.” But since Mom chose to deviate from the spelling by dropping the h from my name, I always believed it gave me the liberty to deviate somewhat from living out the pure and innocent life of the saint I was named after.

Then there are the people who change their names all together simply because someone gave them a nickname that seemed to fit them better. For instance, I thought my husband’s real name was Luke until I found out differently. Before we married, we shared a house with several other people. One day, someone knocked on the front door and asked for Larry. I told them that there was no one by that name who lived at this address. As they were leaving, Luke drove into the driveway and greeted the person like a long lost relative. Larry was the name that only his family members knew him by.

After reviewing a long list of names, the young couple finally agreed on a name for their newborn. This name did not have any “bad” history attached to it for either one of them and they both remembered the person’s character as being strong and honest.

Why bother giving your name a good reputation? You just never know when someone will need a good name for a newborn. And if they remember yours as being reputable, they just might use it.