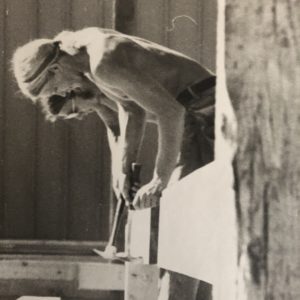 Why Bother To Labor At What You Love?

At some point in our childhood, all of us were asked the same question, “What do you want to be when you grow up?” In other words, how do you plan to generate an income for yourself? The first time someone posed the question to me, I was startled. My teacher’s query pushed me into thinking about adulthood when I preferred to remain in childhood. Eventually though, we all grow up and find a way to support ourselves. Though I did not begin my adult life with any particular vocation in mind, I now get paid to labor at what I love and comes naturally for me; inspiring, guiding, and encouraging others to mature.

Generating an income is not the whole meaning of life, but even as a kid, I understood that earning a living was how most people purchased the goods and services they needed to live a safe, healthy, and happy life. My parents never paid me an allowance nor did they give monetary rewards for good grades on a report card. If I wanted personal spending money, then it was up to me to find work that paid a salary. I started out as a  babysitter. But babysitting was not my forte. Parents never came back when they said, “We’ll be home by ten.” The hour of their return inevitably came and went. Then there was the unruly child or cranky baby who refused to go to sleep. In a short amount of time, I surmised this type of work was worthy of much higher wages which parents were unwilling to pay.

Growing a little older, more opportunities opened; service and manual labor. Housecleaning, house painting, nurses aid and waitressing jobs abounded. Though the work was steady and somewhat satisfying, my labor felt hollow. At someone’s suggestion, I extended my high school education, attending a two year college to earn an associate’s degree. My choices for job opportunities broadened and for a short while, I believed working with handicapped preschool children would be my career. But when I fell in love, married and started a family, my profession changed. Though mothers are not paid any wages to train, nurture and love their children, motherhood became my passion. It also became the training ground where I learned how to inspire, guide, and encourage others, namely my sons, to maturity. My labor did not feel trivial, but I could see the end of my job in sight. Mothering is not a lifelong career.

I knew my education was not finished and someday I would go back out into the work-a-day world. So, when our youngest son entered his second year of high school, I stepped back into the world of college. After earning a Bachelor’s degree, I still did not know what I wanted to be when I grew up. Then one day, as a teacher’s aide, when I sat next to a student helping them to stay on task, it occurred to me that the profession of teaching was calling to me and I answered. Now, I get paid to labor at what I love and what comes naturally to me; to inspire, guide, and encourage others to maturity.

Why bother to labor at what you love? It is worth knowing what vocation calls out to you since earning a living is how most of us live safe, healthy, and happy lives. 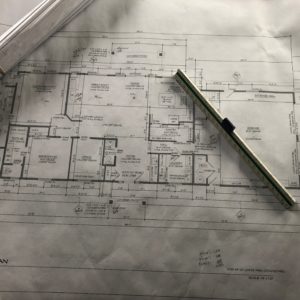 Why Bother To Consider Your Calling?

It was Mark Twain who said that the two most important days in our life are the day we are born and the day we find out why. Though not everyone has an inkling for why they are born, I believe we come into this world to inhabit a purpose that no one but us can inhabit.

This is my Life Work

When I hear someone say, “This is my life’s work, this is my passion,” my regard for them increases tenfold because their words tell me that they have committed to being themselves in the line of work they have chosen. There are many people who fill the same position of a  teacher, nurse, or waitress, but no two people do the same job in the same way. We are unique, a one of a kind individual.

The greatest challenge for all of us may be to learn who we are, become who we are, and take the risk to inhabit the vocation that presents itself to us. For some it is easy, for others it is a  journey, as was the case for my husband, whose calling is that of a carpenter.

He first experienced a construction job while still in high school. His uncles, who were full-time pastors and part time roofers, offered him summer work. Later, after high school, he tried being a college student, but by the third semester, he’d developed an awful skin rash, and had an epiphany; he really wasn’t a college student and did not belong in college.

Then he wandered. For a while he worked as a union laborer in Colorado on commercial building sites. Though the work paid well, it was not yet his vocation and was therefore easy to leave for something else. That something else was converting a school bus into a camper and with friends he took to the open road. But that was easy to leave too. Miles from home, and months later, they sold the bus and he hopped freight trains to get back to where he’d started from.

Once again, needing work, he drove a forklift at a motorcycle manufacturing plant, but without a commitment to the job, he left it and once again traveled with friends, this time to a rural town in Idaho. The summer construction jobs with his uncles and his labor experience with the union had laid a foundation of basic carpentry and he landed a job building pole buildings. But he left that too and then worked alongside a home builder who taught him the craft of building a well constructed house. A year later, he became an employee of a small locally owned construction company where he had his second epiphany. He told himself that he could, “grow a pair and commit to running jobs” or just show up on the job. He chose to “grow a pair” and commit to running jobs. He’d finally found his purpose; building houses that clients dreamed of.

Once you find your purpose, your life comes into focus and you find a rhythm that includes joy, pleasure and contentment. A vocation does not clear your path of the natural obstacles we encounter as human beings, but by taking one step at a time our vocation can take us down pathways we never anticipated. For my husband his vocation has taken him to two foreign countries where he helped build a church and homes for people in poverty. His vocation has also led to some deep and lasting relationships with homeowners who watched in wonder and awe as their dream became a reality one board at a time.

Why bother to consider your calling? It is worth it to do what you were put here to do. It makes for a much happier you.