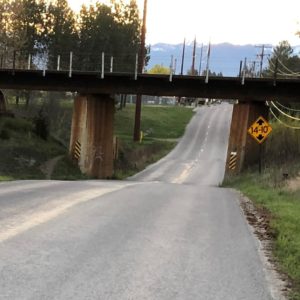 Why Bother To Notice The Difference Between The Dark And The  Light?

I run at the same time no matter the season, 5:00 a.m. But there is a big difference between my winter and spring running; as different as day is to night. In the winter, it is still dark at 5:00 a.m., while in the spring, it is light. Although my body welcomes the warmer temperatures of the spring air, running in the daylight after running in the dark takes time to adjust to because the light exposes everything that the dark once covered up.

Exposed By The Light

For one thing, the daylight now shows my unfashionable running gear. My pants do not match my shirt and my hat clashes with everything. When running in the dark, my lack of style matters to no one since no one sees my purple hat, blue pants and green shirt. When running in the dark, early morning commuters only see the flashing Velcro safety light attached to one of my legs giving them warning of my presence on the dark road. Now in the light, those same commuters see my unfashionable, blaring and clashy colors making me a little more conscious of what others may think of my choices in running gear. But, I’m not embarrassed so much that I have to change my outfit.

I know there is a proper form to running, but I’ve formed my own style, unique to me. My gait is one of a kind, something I’ve developed while covering the miles I’ve run. My pace is slow and steady giving me time to enjoy the quiet solitude that comes when I’m running, especially unseen and in the dark. Daylight running exposes my gait. Others can now see and even critique my style, and pace. For a while, until I get used to the public witnessing my style, unique to me, I’m a little self conscious.  But not enough to change the pace that I know is good for me.

Either way, when I run in the dark or in the light, I’m still the same runner. I wear the same clashy clothes and move along at the same pace with my unique gait. The light simply exposes what has previously been in the dark. Why brother to notice the difference between the dark and the light? It is worth it to note that whatever is done under the cover of darkness is exposed by the light. 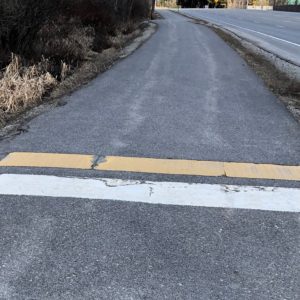 Why Bother To Not Be Afraid?

A friend once asked me, “Aren’t you afraid to run in the dark all by yourself.” Her question caused me to pause and think about the people I’ve encountered in the dark or early dawn while out for one of my runs.

“Uh no, I’m not afraid to run in the dark all by myself,” I said with a grin. “As a matter of fact, sometimes I am amused by what I get to see.”

I’m Not The Only One Out There

There are those who live the nightlife, and then there are morning people, like me, and sometimes their paths cross. During a summer morning run at dawn through the downtown area of our town, a lone pedestrian crossed the deserted street and waved at me. I slowed my pace and stopped. “Could you help me find my car,” she asked while she stood near the curb scratching her head. Her hair was long and disheveled, and she wore a man’s leather jacket.

“I don’t know,” I shrugged my shoulders wondering what she expected me to do for her.

“Well, you see, I left it near a bank last night and now I can’t find it. Are there any banks nearby?” She wobbled a bit in her high heels and her blood shot eyes met mine.

I pointed in three different directions naming off the banks nearby. She pulled the jacket tighter around herself and walked in the direction of one of the banks.

“I hope you find it,” I yelled after her. I felt a little sorry for the woman whose nightlife had left her lost in our small town.

Sharing my running path with deer is not uncommon. They are prolific in our area. But one morning a car stopped in the middle of the road and the driver rolled down their window.

“Did you know that there is skunk following you?”

I turned around and noticed the short legged creature with its broad white stripe down its back. I didn’t think it was necessarily following me, it was just going in the same direction as me. I thanked the driver and continued along my course. I wasn’t worried. I knew I could easily outrun a skunk.

Recently, I’ve noticed more out of town license plates than usual and if they were tourists, they wouldn’t have stayed as long as they have. People from Nevada, Washington, California and Oregon have seemed to have made our little town their home.

One dark morning, not too long ago, a very nice new suburban stopped in the road. I walked up to the car and leaned toward the opened passenger window. The driver, dressed in camo from head to toe said,

“I just want to warn you about the moose I just saw. He was down that way just a block or two.”

“Did this moose have a set of antlers,” I asked the camo man. Not that a cow moose isn’t a threat, but a bull moose would be much worse to run into.

I didn’t get a look at his license plates, but I don’t think he was a local. Anybody who dresses in camo around here would know their bull from a cow.

Why bother to not be afraid? It is worth it to brave the dark, the dawn, the animals and the out of towners. They make my runs more amusing than scary.