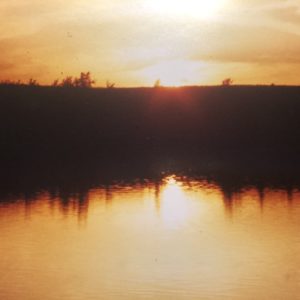 The first funeral I attended was my grandfather’s on my mother’s side. It was not a celebration of life, neither was it a memorial service. It had all the parts of a funeral; a visitation, the church service, committing the body to the ground and a reception. At the time he died, I was eight-years-old. During the visitation, when mourners viewed the body, one of my great aunts urged me forward, toward the casket. But I wanted nothing to do with looking at my grandfather’s dead body. When he was alive, he scared me. Seeing him dead would only intensify and cement that fear of him. So instead of going forward, I turned around and ran to the back of the chapel. Though this elderly relative of mine reprimanded me for my behavior, I stood my ground. I would not budge from my position at the back of the chapel. I wanted to be as far away from the casket as I could get. Since then, I’ve attended other funerals and have kept myself from fleeing to the back of the chapel.

Funerals are not so much for the dead as much as they are for the living to remember the dead. And what we leave with other people to remember about our lives, will depend on how we live our lives.

Sometimes, as in the case of a child, the memory of the deceased is short. Other times, after a long life is lived, there are a myriad of memories. Recently, I sat through the memorial service of a ninety-year-old woman. Though I knew her daughter more than I knew her, I still chose to attend the service.

I recognized some of the people who sat around me, but mostly my focus was on the men who took turns recalling stories about how this woman’s life had influenced theirs. These grown and somewhat aged men with gray hair or bald heads, spoke highly of this common and ordinary woman.  As they recalled the words and actions of this woman, they momentarily choked up. Their friendship and experiences with her were greater than mine. They had spent more years with her and knew her far better than me. I left the service a little richer because their stories and their memories had embellished mine.

Why bother attending funerals? It is worth showing up for a funeral for two reasons. First of all, you may get a fuller and more complete picture of the one you knew and secondly, you may be inspired to live a life others will want to remember.