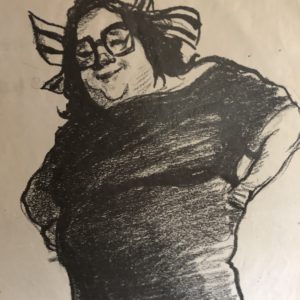 Why Bother to be Foolproof?

Today is April first, also known as April Fool’s Day. If you like to pull pranks, this is your day to shine. If on the other hand, you don’t want to look foolish, then be on guard so you are not the brunt of another person’s antics.

Though I try not  to be fooled, one year I fell for a very good practical joke. When a friend of my youngest’s son came over to play one April Fool’s Day, I noticed his arm wrapped in bandages and nestled in a sling. Forgetting the date on the calendar, I felt instant pity for him and asked how he’d hurt himself. “I fell out of a tree,” he said. This was not hard for me to believe, as he and my son were both eight years old at the time, and tree climbing was par for their course of play. But then he looked up at me and a smile crept across his mouth. I knew then that I’d been duped. “April Fools,” he shouted out in triumph.

From Harmless to Harmful

Practical jokes and pranks are usually harmless, but being a fool can be harmful to our health. When we lack common sense, make decisions without sound judgment and walk the path of least resistance, we are more likely to fall for fake news, scams and make one poor choice after another.

At times, we can be desperate. We want to believe that we can lose forty pounds by simply taking a pill, make a million dollars without having to work hard, or fall for a schmoozer who says they love us but really only want to have their way with us.  In other words, we want something to be true when in truth, it is not.

But there are those who do rely on others to be gullible. If not for the foolish, some business, politicians, and smooth talking individuals would fail to succeed—they’d be without a job, out on the street without a penny or a person to uphold their name.

My young son’s friend had no evil intent with his prank, but after that, my guard went up every April Fool’s Day after that. I’ve become more of a skeptic and fall less for things that are not  true. I am cautious about being manipulated into believing everything I am told, more level headed and I make it a point to check the date on my calendar.

Why bother to be foolproof? It is worth it to employ our common sense and guard ourselves against thinking things are true when they are not. Nobody wants to be a fool, but there are plenty of people who want to fool us.