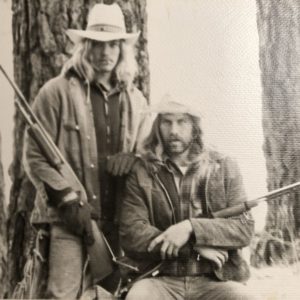 The summer I graduated from high school, 1976, I visited my sister Beth and her husband, Rolf, who lived in Salt Lake City. Rolf, who owned more than one 35mm camera plus every accessory, introduced me to looking at life through the viewfinder of a camera. Narrowing my vision down to one small frame at a time made sense to life.

Arriving back home, I shopped for my own camera and signed up for a photography class through the recreation department. I met weekly with a small group of people in the cold dark basement of the recreation center. There, I learned new vocabulary, the parts of a camera and most importantly, how to focus my lens on my subject.

After six weeks, the class ended and I signed up for part two; developing black and white film.

The first time I stepped inside the darkroom in the basement of the recreation center, my nose burned from the smell of chemicals. But as the instructor took us through the steps of developing a roll of film and printing pictures, I was enthralled with the magic of it.

Wanting my own darkroom equipment, I scanned newspapers and found an ancient, but affordable printer, trays and film canisters. But, I had no darkroom. Keeping my supplies in my bedroom closet, I waited and finally found one, in Idaho.

In the fall of 1976, I packed my Volkswagen, and joined a caravan of friends and two older siblings driving west to a tiny town near the border of Canada. Having turned 18, I knew it was time to leave home, even without having a plan for my future.

The house, or rather shack, we rented, had enough room in the kitchen, that when no one else was home, I turned into my darkroom. During the day I shot black and white film of everything around me, the frozen tundra of the lake I lived on, ice fishermen nipping from their flasks of whiskey, or men of the wild west. Taking pictures and developing them made me happy, but not rich.

I kept my camera, but sold my developing equipment. I continued to take pictures, but used color film, taking it to a professional developer. When I fell in love, married and had children, I filled photo albums with pictures of my sons, recording their history of babyhood, toddler years, teenage proms, graduations and vacations. My hobby turned into an affordable habit.

Then, whenever birthdays were celebrated or a future fiancé was introduced, the photo albums naturally came off the shelf. Sitting on the floor in front of the bookshelf became the place to reminisce and tell one’s history.

I still own my camera, I still take pictures and put them into photo albums, now for my grandchildren. They used to ask,

“Grandma, can I see the picture.”

“You can, after it’s developed.”

Now they know. My pictures are not instant. They will have to wait. Why bother waiting? Because recording and printing history to put into someone’s hands takes time. But, it is worth the wait. 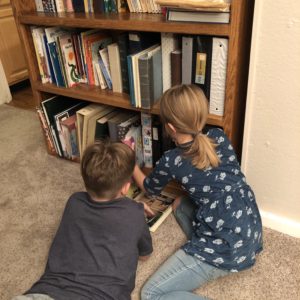