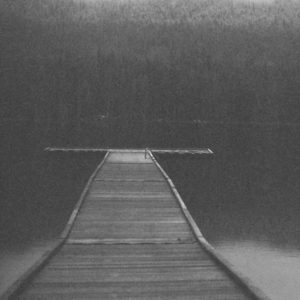 While a college student, I earned money by cleaning houses. It was not my favorite type of work, but it was interesting. I learned a lot about people, their habits and hobbies. Most everyone collected something—from expensive paintings to ceramic angels, to silver spoons. One of my customers collected antique kerosene lamps. Each week I dusted those lamps and their glass chimneys and once, I counted them. She had one hundred lamps. They were crowded into her small living room and sat on every tabletop and bookshelf. They were a tedious nuisance to clean, which is why she hired me. While wiping them down with a damp rag one day, I told myself that when I had my own home, I would not fill it up with a collection of clutter.

One Man’s Collection Another Man’s Income

The number of storage unit companies in our area have increased at least by two-fold. But there are still not enough of them. People moving into this area have told me how they’ve been inconvenienced by having to wait for one to vacate in order for them to occupy one. I know some who rent not just one storage unit, but two and others who have paid to have their stuff stored for more than a decade. Renting space to store clutter is a money-making proposition for some, and for others, it is a loss of income. What makes any item valuable enough to pay someone to keep it for us?

I was once hired to help a woman clean the clutter out of her house. She wanted to simplify her life and thought I could help her. I was glad she’d asked, but it was an impossible task. Every item had its own story and because of this, she’d formed an emotional attachment to her stuff.  For every item we set aside to remove from her house, she justified its significance. Getting rid of anything was like turning a family member away from the fold. She just couldn’t do it and I couldn’t do it for her.

A friend of mine had the resolve to clean out an accumulation of her odd collection of knick knacks that others had given to her over the years as gifts. But, once she had them packed up in her car to donate to a thrift shop, she drove to a different city, fifty miles away, to deposit them. Her reasoning— she did not want anyone to find out that she’d gotten rid of what they’d previously given to her. “You’re just getting rid of stuff,” I told her. “You are not ending your relationship with them.” Oh, the things our stuff makes us do!

Without clutter in our life, we open up space. What we do with this openness is up to us. I choose not to fill it back up. Instead, I simply enjoy it.

Why bother making space? It is worth it to rid ourselves of the things that require our time, money, and energy and yet, give us nothing in return.