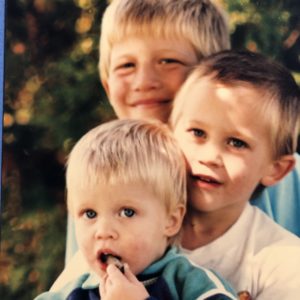 Why Bother Honoring A  Mother’s Heart?

My husband was the first one to mention the idea of starting a family. His biological clock ticked five years ahead of mine so it made sense he’d think of that sooner than me.

At the time though, his plan frightened me. Motherhood was uncharted territory. My own mom had not been a terrific role model and I felt uneasy about the kind of mom I’d make. But I’d noticed other mothers at church and in the grocery store and knew the kind of a mom I didn’t want to be.

In the first place, I didn’t want to bribe my child into obedience, ignore green snot running out of their nose or dress them in stained clothes. I didn’t want to yank them into behaving or or have them yanking on me for anything. I wanted to be attentive to their needs, yet I did not want to give into their every whim either.

My observational research also showed that parenting was tough work. Unlike being a wife, I’d be awakened at all hours of the night to fill my baby’s belly from my breast and then rock them back to sleep. Twenty-four hours a day, seven days a week for several years, I’d need to be attentive to them since I’d be responsible for shaping them into a civilized human being.

The role of motherhood would not be a short term commitment. Saying yes to this idea of  making a family was a decision not to be taken lightly. Never-the-less I agreed with my husband’s viewpoint and soon the miracle of a new life began forming inside of me.

Wanting to know everything there was to know about becoming a mom,  I read every pamphlet and booklet my doctor gave me. I interviewed friends who’d experienced pregnancy and childbirth and asked them questions. The changes to one’s body, especially the enlarged belly, seemed unimaginable to me. Another case of my short sightedness. My belly did grow large, my weight did increase and I waddled.

As my due date drew near, my husband and I attended Lamaze classes. Though it crossed my mind that it was a man, who of course never personally experienced labor, developed this principle to breath through each contraction, I bought into the idea and practiced it every day.

By the time my labor began, I believed my knowledge would carry me through whatever lay ahead. After thirty-two hours of breathing through wave after wave of pain, our eight pound son emerged through my ten centimeter opening. Whew!

My husband cut the umbilical cord and the nurse laid the naked and slightly blue boy on my belly. I was amazed to see a completely formed little human being. But something else happened too.

A day or so later, still in the hospital comfortable and recovering, I lay in bed nursing my newborn. My hand smoothed over the top of his downy head, my finger rubbed his chubby cheek and moved down his little neck. He stopped nursing and his blue eyes held my gaze.

What was this that made me want to cry and smile at the same time? I could not turn my eyes away from him. He had my full attention. All the knowledge in the world had not prepared me for what I felt at that moment. No one had ever told me that when you became a mother, you got a mother’s heart too.

Despite the cutting of the umbilical cord there is a connection that lies between me and each of my sons. Though I once thought that when they were grown and gone from home this mother’s heart of mine would no longer exist, I was wrong. It does. Even as grown men, they still hold the strings of my heart. I cannot dismiss, deny or sever it.  It is a tie that still makes me want to cry and smile when I think of them.

Why bother honoring a mother’s heart? It is worth it and unique to mother’s everywhere. Besides, there is no way to eliminate it. Acceptance is probably the best policy.