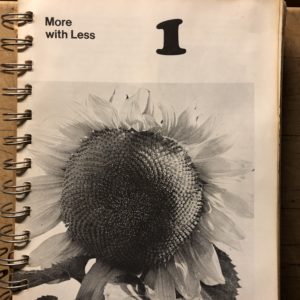 Why Bother With Less?

I’ve been called a minimalist, which according to Webster, refers to abstract art. It eliminates illusion and embellishment and instead emphasizes simple forms and color. Sometimes I understand that kind of art, sometimes I don’t.

But, since I cannot draw, not even stick figures with clothes on, I don’t think the person was referring to me as an artist. Rather, she was alluding to my classroom. Every summer, teachers go back to work a week or so before students so we put our room back in order after having packed things away the previous spring. My coworker had stepped inside my room and asked,

“Are you done setting up your room?”

She scanned my walls, mostly bare except for a few colorful non-abstract pieces of art that I like and my freshly painted neutral colored bulletin boards, four of them, that automatically came with my classroom.

“Wow! You are a minimalist, but I like how it looks. Your room feels so spacious.”

I guess, according to the more popular definition of minimalism, I am a minimalist. I am not sure of the origin of this latest definition, but it now means to live with only the things you need. The philosophy behind minimalism is to own fewer things and thus be less distracted. Being a minimalist, says one expert, helps you to place your focus on the things that matter.

Interesting that there is a whole movement, a money making one at that, with books and seminars to help a person become a minimalist. I’ve already saved myself some money since I don’t have to pay anyone to help me be what I am already.

My reputation for organization and living a clutter free life landed me a few freelance jobs. People used to pay me to help them clear away stuff they’d accumulated. They wanted to reform the way they lived and they thought I could help them.

It was not an easy job, mainly because people actually treasure their junk, develop emotional attachments to it and worry about what others may think of them if they were to get rid of it.

Going through a storage unit with one woman, she scrutinized every item.

“I cannot give that away. My aunt gave it to me. If we donate it to a thrift store and she sees it, what will she think of me?”

“We could take a load to a thrift store in a different city. She will never have to know,” I gently suggested.

Another woman’s closet looked neat and tidy, but with stacks upon stacks of boxed clothes that had not been worn for years. “I’m planning to lose weight so that I can fit back into that,” she said while I held up a darling little black dress.

“Really?” I’d asked while looking from the large woman and back to the little black dress.  “Do you think that is realistic?”

I never made friends in that business. That’s why I went back to school and became a teacher. Kids are so much more forgiving.

Why bother with less? It’s worth it because it eliminates illusion and embellishment and instead emphasizes the simple truths of you.