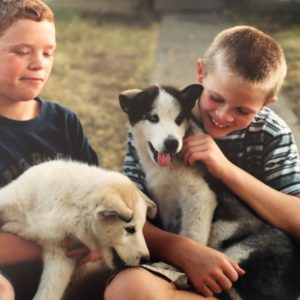 Why Bother To Take Yourself Less Seriously?

When I was in fifth grade, my teacher, Sister George, pinned the letters that spelled out “whatever is worth doing is worth doing well” on the bulletin board in our classroom. I took those words to heart and for a long time afterward, no matter the task, assignment, project or chore, I considered myself lazy if I did anything less than perfectly. My intensity toward reaching the ideal with everything I did, consumed me.

I do not discount that whatever is worth doing, is worth doing well, but I have learned how to unfasten myself from the bond I once made with perfectionism. As an adult, I’d heard from more than one person that I needed to ease up and mellow out and somewhere along the line I did.

One year, I even wrote down in my journal, “take yourself less seriously,” as one of my goals, though I had no idea how to do this.

As a serious minded personality, I’d always admired, from a distance, people with a sense of humor. Their facial expressions were vivid and happy, their laugh easy and light and their eyes full of mischief at what they seemed to know and you did not. Though I secretly envied playful people, I wasn’t sure, how, if ever, I’d  become friends with anyone like that until I met Carol.

I’d noticed Carol before I ever met her. While at the water’s edge one summer day, I observed a particular woman playing with her little toddler. She held onto her little girl while at the same time bobbed her up and down in the water, then swirl her through the waves. Both mother and daughter giggled in unison. It was a picture of abandoned to the simple pleasure of playing in the water on a summer’s day.

Then a few months later, Carol tapped on my front door. She introduced herself and asked if I was a homeschooling mom. She’d noticed how my sons and I went out for bike rides when the rest of the neighborhood kids were at school. She too was a homeschooling mom and lived down the block from me. The rest, they say, is history.

My structured days of homeschooling my sons were now sometimes interrupted by a phone call from Carol who would invite us on spontaneous field trips to the dog pound, art shows and play dates at the park. At first, I resisted. Structured school days were important, I reasoned, but then I’d remember the goal I’d written down and had yet to accomplish. If I wanted to take myself less seriously it meant I’d have to fasten myself to someone whose point of view was from a different point, a point of lightheartedness. And so I became a little more accepting to the spontaneity of my new friend. It was not a seamless transition, but our friendship is now seasoned and bonded.

The days of homeschooling our children are gone, but Carol’s influence of playfulness and spontaneity remain with me. Fastening myself to someone whose point of view was from a different point, a point of lightheartedness has taught me how to take myself less seriously.