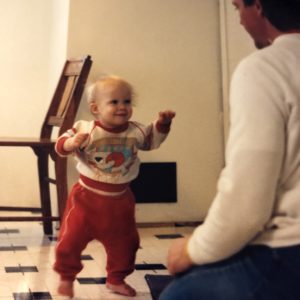 Why Bother Thinking About The Male Perspective?

One of my students favorite events at school are the student-led conferences. It is the only time the child gets to show their parents just how their day is spent at day.

This last week, my students prepared for these meetings. On Monday they made lists of what they wanted to show; a clean desk, a poem written in cursive, two essays, the graph showing their percentages for spelling tests, as well as a math test. Tuesday and Wednesday they completed essays, wrote poems in cursive and cleaned out their desks of old papers. Thursday was showtime.

Watching From a Distance

Since the conferences are student-led, I stay on the sidelines, filing papers, making lesson plans and watching from a distance as my students lead another adult around the classroom.

Not every child has a parent to bring to their conference. A great grandmother, hunched and walking with a cane shook my hand. “I don’t believe I’ve met you,” she said, taking my hand in her soft and arthritic one. “Is this your first year teaching here?” I assured her I’d been teaching fourth grade for a while at the school, but it was my first year teaching her great-granddaughter.

Other times, a student’s whole family attends. When J.’s family, mom, dad and three younger siblings came into the classroom, I watched and listened as his mom praised his work. But J.’s eyes were on his dad. J. had rewritten his essay four times that week for the A+ he he finally gained and now I knew why. J.’s eyes were on his dad as his dad read the essay he’d worked so hard to perfect.  When his dad gave the nod of approval, J. let out the breath he’d been holding.

I also have single parents. A., an only child from a divorced home, practically ran into the classroom dragging his dad to his desk. I watched as his dad, a large man, settled himself into his son’s chair. Then A. proceeded to show his dad everything he’d done that week and more. I could hear bits and pieces of the conversation between the father and son and A.’s face glowed with pride as his father turned the pages of different notebooks that A. showed him.

When they’d finished, A.’s dad, sent him outside to play and conferenced with me about the child custody battle he was having. I listened, my heart sad and hopeful at the same time.

“I’m going to talk with A. tonight, but I just want you to know that I am asking the judge for full custody and that if you see any change in his behavior, it may be associated with what is going on at home.”

“Well, I just want you to know how well he is doing. The other day, I teared up just watching how concentrated his focus was on getting his work done so he could show you.” I hadn’t  expected to tear up in front of A.’s dad, yet I couldn’t hold back the emotions.

“Well, that is good to hear. I am trying to be really intentional with the time I spend with him. I’m learning to balance between being the authoritarian and the nurturer in his life.”

“Well, it looks to me like what you are doing is working.”

After they left, the classroom was empty and I pondered while noticing kids on the playground, their dad’s nearby if needed. It seems that a son can win the approval of his mother easier than that of his father’s and yet, it is the father’s that he wants so badly.

Why bother thinking about the male’s perspective? Though a father’s admiration is harder to gain, sons seem to understand that and know that it is worth the work to gain it.