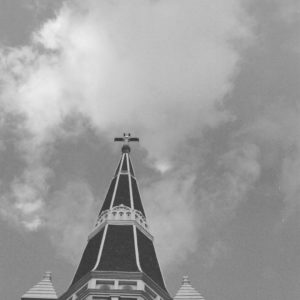 Why Bother With Love?

Easter is quite the holiday. For some it means spring break from school, new shoes and clothes, a ham dinner, chocolate bunnies or hunting for hidden colored eggs. But before there ever was a holiday called Easter to celebrate, there was betrayal, envy, false accusations, mocking, scourging, an earthquake, darkness and death.

For God So Loved That He Gave

The story of Easter begins with love. Because God loved, God did something in response to that love; He gave his only Son not in order to accuse us, but in order to give us a whole life that lasts forever.

In spite of naysayers, God still gave. Numbers didn’t matter. God invested in us even though there was no guarantee of a large return on that investment. He didn’t calculate his decision to give based on the percentage of people who might believe against the number of those who might not believe . He simply acted out of love and gave.

Once Christ came, the odds of living a long and happy life were against him. Immediately after he was born, a certain king searched for him, not in order to pay him homage, rather to kill him. The king did not succeed and Jesus lived among ordinary people like you and me who had a hard time believing that he was who he said he was.

But, those who did believe saw miraculous things happen to them and around them; feeding a bunch of hungry people, raising a friend from the dead and healing those who suffered from ailments. Seeing these miracles made believing a little easier and they watched and waited for more “great” things to happen.

Eventually though, the religious leaders of the day became jealous of Jesus. His message, “My yoke is easy and my burden is light,”  became more popular to the people than the one they’d heard for centuries about how to keep the law; an impossible ideal.

So, the leaders put a plot into action to kill Jesus. First, there was the betrayal by Judas, Jesus’ arrest, false accusations brought against him, and the unfair trial. There was Peter’s denial and Pilate, who knew Jesus was innocent of any crime, gave the needed death sentence. There was the scourging, not just whipping, but whipping with sharp bones that tore at the flesh. Then the soldiers put a purple robe over Jesus’ torn body and a crown of thorns on his head and hailed him as king. Finally, they led him through the streets to a place where criminals were  crucified. I’d never understood just how excruciating dying on a cross could be until I learned that type of death comes by suffocation. Eventually, Christ gave up his life, and his breath.

And that is why we can celebrate Easter, eat a ham dinner, hunt for colored eggs and chocolate bunnies.

Why bother with love? It is worth it to know that love never dies, it never gives up, and it waits for us to believe.