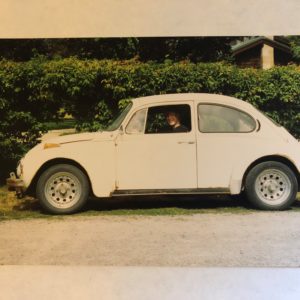 Why Bother Paying Attention To Our Filter?

When I bought my first car, a used Volkswagen, I learned quickly how to pay close attention to its oil level and how to add oil when the level was low. Oil for that old Volkswagen was its lifeblood. If I let it run out, I would no longer have a car that ran. But just as important as the oil was the filter. Without a clean filter, debris and dirt could have entered into parts of the engine and worn it down. But because I knew the importance of keeping an eye on my oil level and its filter, I kept that old Volkswagen running for many miles.

So it goes that just as a car requires oil and a filter, so do our minds. We need a filtration system to strain debris that can otherwise seize our minds.

Recently, a friend and I had one of those “hard” conversations. I knew it was a difficult topic to approach, and yet, I was grateful we could finally address the issue. For quite some time, the topic had hung like a dark cloud between us and distorted our perspectives of one another.

When the opportunity arose, I broached the subject with caution and waited for their response. Mingled with positive comments about my character, and a plethora of apologies, they also threw a few barbs. Though at first I wanted to defend myself, I soon realized that the conversation was more about their need to release pent up frustrations than my need to defend my stance.

When all had been said, we assured each other of our love and I thanked them for their honesty.  Though I was truly grateful, I still needed to pick out the barbs and sort out my thinking before I emotionally broke down.

When I owned that old Volkswagen, I always carried a few essential tools in its trunk; an extra can of oil, an oil can opener with a spout, an oil filter, and a rag. In this way, I was never stranded with a seized and useless engine.

So too, without having a few tools in our emotional tool chest, hearing hard words from a friend can sometimes strand us, crippling us and breaking up a relationship. So, after our conversation, I opened up my emotional tool chest and began to sort, clarify and refine my thinking.

The best tool for sorting my thoughts is reflective writing. Sitting alone for an hour or so with a pen and my journal allowed me to remember the positive affirmations and to be encouraged by them. I’m not a total loser!

Another tool I often use is to seek counsel. Talking about this hard conversation to another friend who knows us both, was helpful. I needed confirmation that I really am not a total loser and along with some empathy, I got confirmed.

Finally, though I did not agree with everything my friend said, I did have an epiphany. I value honesty and it was a big effort for them to be honest with me. This means that somehow I need to put them at ease. They need to know that I value their thoughts, even the ones that are tough to say and hard to hear.

So why bother paying attention to our filter? When tough words come our way, as they inevitably will, having a good filtering system will keep our brains and our relationships from seizing up, shutting down and emotionally stranding us.