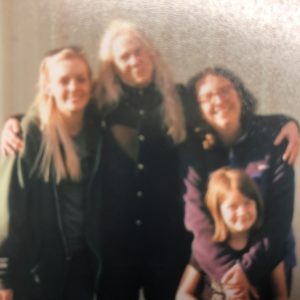 Why Bother Thinking  About Mother-in-Laws?

Why bother thinking about mother-in-laws? If you are married you have one. If your offspring are married, you are one. Consequently, I’ve experienced both sides of the coin, being one and having one.

Twelve years ago when our oldest son married, I became one and found my new role a little more nerve wracking than becoming a mother. At least with motherhood I got in on the ground floor, having my say about a few things in the lives of my children. Even when I didn’t know what to do, or say, there were innumerable and reliable resources that I could tap into; books written by mothers about mothering. Not so much with the mother-in-law gig.

Who Knows How to Be A Good Mom-In-Law?

Though there are a lot of jokes about mother-in-laws, there is not a whole lot of information about how to be a good one.

In some ways, assimilating the ability to be a good mother-in-law is a little bit like learning how to drive safely on icy roads; you do it by the seat of your pants. But, I’d also like to say that some skills can be acquired from a good example. In my case, my own mother-in-law, Berniece, showed me a thing or two about the art of relating well to a daughter-in-law.

I met my future mom-in-law before I knew for sure that I’d marry her second born son. Back then, I was merely twenty, groovy, organic and going with the flow of culture, not at all certain about too much of anything. Berniece, on the other hand, was confident about everything; her faith, her family and her homemaking.

When my then boyfriend took me home to meet his mom, she whipped together a succulent meal, complete with a pie for dessert without ever glancing at a recipe. She listened attentively to the stories her son told her about our travels and inserted some of her own. And she laughed with ease, her head back with unchecked tears rolling down her cheeks. I was not used to being around anyone who was so put together. Her prowess intimidated me. But that was not her fault.

I did marry her son and became a full fledged member of her family and the more time we spent with each other, the more I liked and appreciated her.

She never tried to be my mom since I already had one, but she treated me with loving care, always remembering little things like my birthday by sending me cards with encouraging notes. Because of our geographical distance, phone calls and letters kept us connected in-between yearly visits. And when we did see each other, we fell into an easy step beside one another; making a pie, going for a walk or harvesting fresh fruit. It wasn’t a forced sisterhood, but a cordial relationship that grew to maturity with time.

When I became a mom, Berniece took on the role of grandmother as gracefully as she’d taken on the role as mom-in-law. Never once telling me how to be a mom any more than she told me how to be a wife. Her acceptance made room for my mistakes and imperfections.

And Now It’s My Turn To Try

And now it is my turn to emulate what I’ve learned from my mother-in-law. When marriage brought Meagan and Alex, my two daughter-in-laws, into the family, they came fully formed, complete with their own opinions, political preferences and ideology.

I don’t need to tell them how to be wives or mothers. I want my acceptance to make room for their mistakes and imperfections. And though we share common ground; my sons, they are the ones who married them, not me. I conceived them, birthed them and raised them, but they don’t belong to me anymore.

Meagan, Alex and I are off to a good start. We spend time with each other celebrating birthdays and holidays and summer vacations. In time, our relationships will only get better, maturing and deepening into an even greater appreciation for each other.

In the meantime, why bother thinking about mother-in-laws. It is worth it because maybe someday you will be one and when you are, then you can consider what kind of one you want to be.