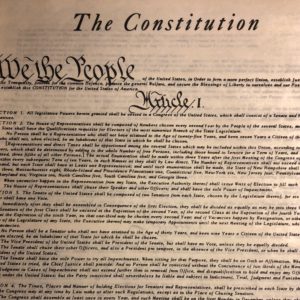 Why Bother To Reflect on the Principles of Famous Men?

Though Abraham Lincoln and Dr. King wore contrasting colors of skin and lived in different eras; they both wrestled with the same societal problem. If all men are created equal, as our country’s founding fathers declared in the U.S. Constitution, then why were people of  different skin color seen as having lesser value and treated unequally from the rest of society?

The truth that Lincoln held as an absolute standard for our country resulted in the Civil War, the penning of the Emancipation Proclamation and his assassination. This same ideal truth which Dr. King proclaimed effected our country in similar ways. Though Dr. King fought his battle for equality for all men without violence, sometimes it turned bloody. He led several marches and protests, gave inspiring speeches and led a civil rights movement. He was also assassinated.

As leaders, both Lincoln and King possessed a keen discernment of right and wrong, drew wisdom and strength from God, and were trailblazers with their courageous ideas. They believed that a person’s character to be more telling than the color of their skin.

They were not flawless, but they were worth following. Both men understood the danger of neglecting their beliefs and the peril of allowing themselves to be seduced into thinking like other men. They were cognizant of the dangers of soft mindedness and compliance. They knew that if they did not stand up, speak up and take action for what was right, then the strong force of evil could win. Agreeing with a majority because of fear and timidity would result in a greater slavery than the one they worked so hard to abolish.

Reflecting on these men and the principles they lived and died for warns me to be less gullible, more discerning and to think more critically. Though we live in a different era than either of these leaders, we are still fighting to maintain the ideal that all men have equal value and are “endowed by their Creator with certain unalienable Rights.”

Why bother to reflect on the principles of famous men? It is worth it to reflect on these notable men and their ideals because when we do, then we will consider whether or not our truth is worth living and dying for.