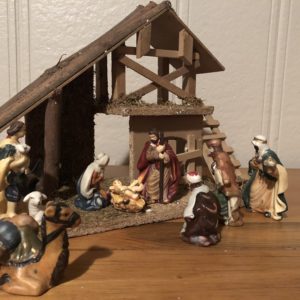 Why Bother Remembering the Worst Christmas Ever?

I’ve never tried to sugar coat Christmas though I have tried to make Christmas merry and bright for my family. Yet, reading the original story in the gospel of Matthew, there were not a whole lot of bright and merry moments when Christ, the person whom Christmas centers around, was born.

First of all, when Joseph found out that Mary was already pregnant before they were officially married, he nearly changed his mind concerning the commitment he’d made to her; to take her as his wife. Thankfully, Joseph, a good man, took his dreams seriously so that when an angel told him that Mary carried the Savior of the world inside of her, he set aside his fears. According to the angel, the baby was conceived by the Holy Spirit and was not illegitimate. Whew!

Then, nearing the end of Mary’s pregnancy, she and Joseph took a ninety mile trip from Galilee to Bethlehem because the government called for every man to return to his hometown and be counted in a census. Joseph, again, being the good man that he was, followed the government imposed decree and set off with Mary to Bethlehem, Joseph’s hometown. I don’t know if they walked or those ninety miles or if they had a donkey. Either way, a very pregnant woman taking a trip near the end of her pregnancy was not a joy ride I am sure.

Since no reservations for accommodations could be made ahead of time, they had to make do with what was available; a barn or a cave shared with some animals.

I can only say that Mary was a brave young woman giving birth for the very first time surrounded by the smells of animal breath, their dung and lowing noises. With no crib, or bassinet, Joseph and Mary made do with a feed trough for their baby’s bed.

Brightest Part of the Story

Now comes the brightest part of the story. Shepherds, the lowliest of the lowliest on anybody’s career ladder, witnessed a crazy sight, so unusual that they were scared, afraid and taken aback. Not a normal reaction to a group of men used to sleeping out in the wilds to keep their sheep safe. But that particular night, out there in the black of night, the sky shone with light and an angel spoke.

First, the angel calmed their fears, telling them they had nothing to be afraid of. Then the angel proclaimed that the long awaited Savior was born and they’d find him lying in a feeding trough. Thankfully, these shepherds must have been cut from the same cloth as Joseph because they believed the message the angel spoke and left their job to seek out the sight of a baby in a feeding trough. Once the shepherds found that baby, they let loose their own praise. Then leaving Bethlehem, they became the Savior’s birth announcers.

But danger followed on the heels of this wondrous birth. Herod, a dirty, rotten, low down scum of a politician threatened by any possible usurp of his authority, wanted to know about the King of the Jews recently born. So Herod called his staff together and gleaned from them all the information he needed about the star, and the birth of this particular baby.

Now the next part of this story makes me sob and when I related it to my ten-year-old grandson he wanted to know how anybody like Herod could live with themselves. But Herod sent his men to Bethlehem and killed all the babies two years old and under in hopes that among those children was the King of the Jews.

But, once again, Joseph had listened to the angel who’d told him in a dream to get out of dodge otherwise known as Bethlehem and run away to Egypt. He did and Jesus lived a healthy life until he fulfilled the will of God by giving up his life for all of us. But that is another story.

After recalling Jesus, Mary and Joseph’s story, mine pales in comparison. But why bother recalling the worst Christmas ever? It is worth it because maybe when you do you will happen to see the best. 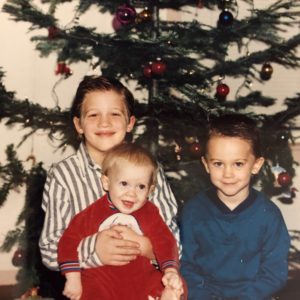 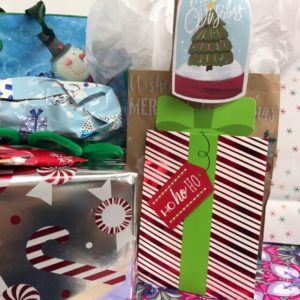