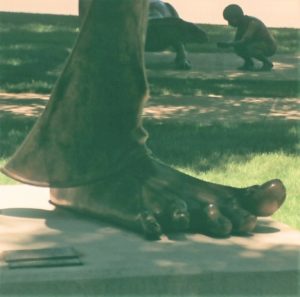 Why Bother To Use Tact?

The phrase, irregular people, is not an original one. Another author coined it to mean the people who have the tendency to ruin your day. These folks may not even realize that their words or their actions affect us negatively. These irregular or unconventional folk live unconsciously, and cluelessly. Their level of unawareness is high and their perception of others is low. From the outside, they look normal, yet when you try to converse with them, even on a surface level, you are left wondering. Although you want to be amiable, you also realize that if you are going to be around them, you will have to have your guard up and some boundaries in place. If there is one thing that I have learned from the irregular people who have come and gone in my life it is this: walking on eggshells around them is useless. Tact, on the other hand, is useful.

At first, the irregular people in my life caused me to tread lightly whenever I was around them. Though I never knew what upset them, I somehow brought out their anger. Though never revealing how I bothered them, they were greatly bothered by me. Whether a co-worker, relative or a friend’s spouse, knowing I would be around the somewhat offbeat character, my levels of anxiety and dread increased just thinking about the possibility of their presence. Attempting to walk on eggshells, to tread lightly so as to not harm them or me, only made me crazy. Without clear communication between us, it was impossible to know what they needed or wanted from me. Yet, I felt the weight of their unspoken expectations hanging over my head. They waited for me to give them something, though I never knew exactly what it was.

Eventually, growing tired of them and yet at the same time, unable to extricate myself entirely from the relationship, I decided I had to do things differently. It made no sense for me to think that I was the peculiar one and they were not. Yet I would never be able to convince them of anything other than what they thought. Even though they might never change, I knew I could. Now, when around irregular people, I apply tact.

Because they are not my best friend, my fondest relative or favorite coworker I spend a limited amount of time with them. Then, when I am with them, I specify the allotted period. Since one of the character traits of these folks is lack of self-control, this puts me in control. Though they may think of me as impersonal, cold hearted or uncompassionate because I have limited time, I know setting limits with them protects my sanity.

Setting boundaries with the slightly twisted people in my life is common sense and at the same time, these boundaries open up my perception about them. Knowing I will have short doses of time with them, I am more apt to be sensitive toward them. I can do anything for a short period of time, even being diplomatic to a disconnected person.

Why bother with using tact? Using tact with the irregular people in our lives is worth it. It is much less painful than walking on any eggshells.