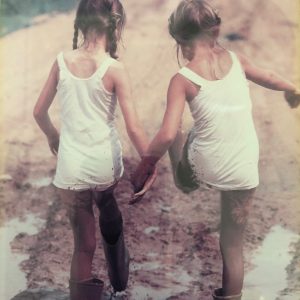 Why Bother To Welcome Others?

We have all experienced what it is like to not belong, to be on the outside, to feel like the fish out of water. In elementary school, we had a little song that we sang when we did not want anyone else to join our game. It went like this, “Tick-tock the game is locked, nobody else can play. Hooray! And if they do, we’ll kick them out. Tick-tock the game is locked.” I remember feeling exuberant I when I got to hold hands with the other members in our little group and sing that song to the one standing on the outside of our circle. I also recall how deflated I felt when the same song was sung to me as an outsider.

On the playground, it was paramount to be part of a group. To be on the outside meant being alone, that you were a loner, a loser. Being cut off from the crowd made you vulnerable. Loners automatically became a target to the bullies. The ruffins knew that anyone left to themselves was easy prey. Without any allies, you were exposed to nasty comments, or even some “accidental” shoving around. Yet, when I was part of the group that sang that song telling an outsider that they could not play with us, I did not offer them any comfort. Even though I knew what they would be up against standing alone on the outside, I made no effort to step out and welcome them in. That was not how the rules went.

Wanting to belong is a normal and natural component of humanity. Whether we are eight or eighty, we have been created to be social. There is something intrinsic that pulls us toward one another. Though being alone and quiet for short periods of time can refresh us, being solitary for long periods of time is detrimental to our health. We need association with others. We need tangible camaraderie.

Yet, being a member of a group does not automatically mean we belong to the group. We can be a “poser,” artificially inserting ourselves into places where we do not really fit. For instance, there was a time when I marched with other protesters, chanting about the latest political atrocity of the day. Moving along with the crowd, and chanting words I didn’t really believe eventually made me realize that just because I was part of the group, I did not really belong to the group. Though belonging is important, it is also critical to notice if we truly belong. Belonging to a group means we don’t have to give up our authenticity to join.

Why bother to welcome others? It is worth making the effort to step out and make another feel welcome. We all know what it feels like to be on the outside looking in.