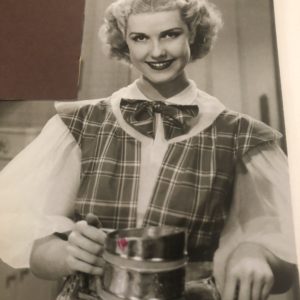 Why Bother To Keep It Simple?

Mother’s Day became an official holiday in 1914 when President Woodrow Wilson signed  a bill designating the second Sunday in May as to honor all mothers. Thus began the tradition of recognizing mothers during church services in simple yet respectful ways such as handing out white carnations. But what began as Jarvis’ campaign to honor mothers turned into something else.

Before Jarvis’ death, she wanted to abolish the very holiday she’d once worked hard to create. For her, Mother’s Day had strayed far from its origins of revering mothers in a church service and had instead, turned into a money making venture for florists, card companies and candy stores. Jarvis was dismayed seeing how the special day became a way for businesses to market goods to consumers. What had begun as a simple and good idea, turned into something else completely.

Mother’s Day is still on our calendars. Candy, flowers, and cards are still marketed to consumers who will spend billions of dollars just to say, “Happy Mother’s Day,” to their moms. But what do mothers really want on Mother’s Day?

I think Anna Jarvis had the right idea. She wanted to recognize, remember and show appreciation for all that her mother, Ann Reeves Jarvis had done. She’d taught Sunday school, and worked hard to improve the living conditions in her community. She mentored younger mothers teaching them how to care for their children. Ann lived during the Civil War and promoted peace among families no matter which side of the line they lived on, the north or the south. In essence, Ann Reeves Jarvis served others and her daughter wanted her mother’s service  to be remembered. Mothers do serve in selfless ways beginning with their families and rippling out into their communities. Just remembering what your mother has done for you and appreciating her job as a mom is a great way to say, “Happy Mother’s Day, Mom.”

Why bother to keep it simple? It is worth remembering and appreciating your mother, but you don’t have to wait for a special holiday to do that! Any day will do.